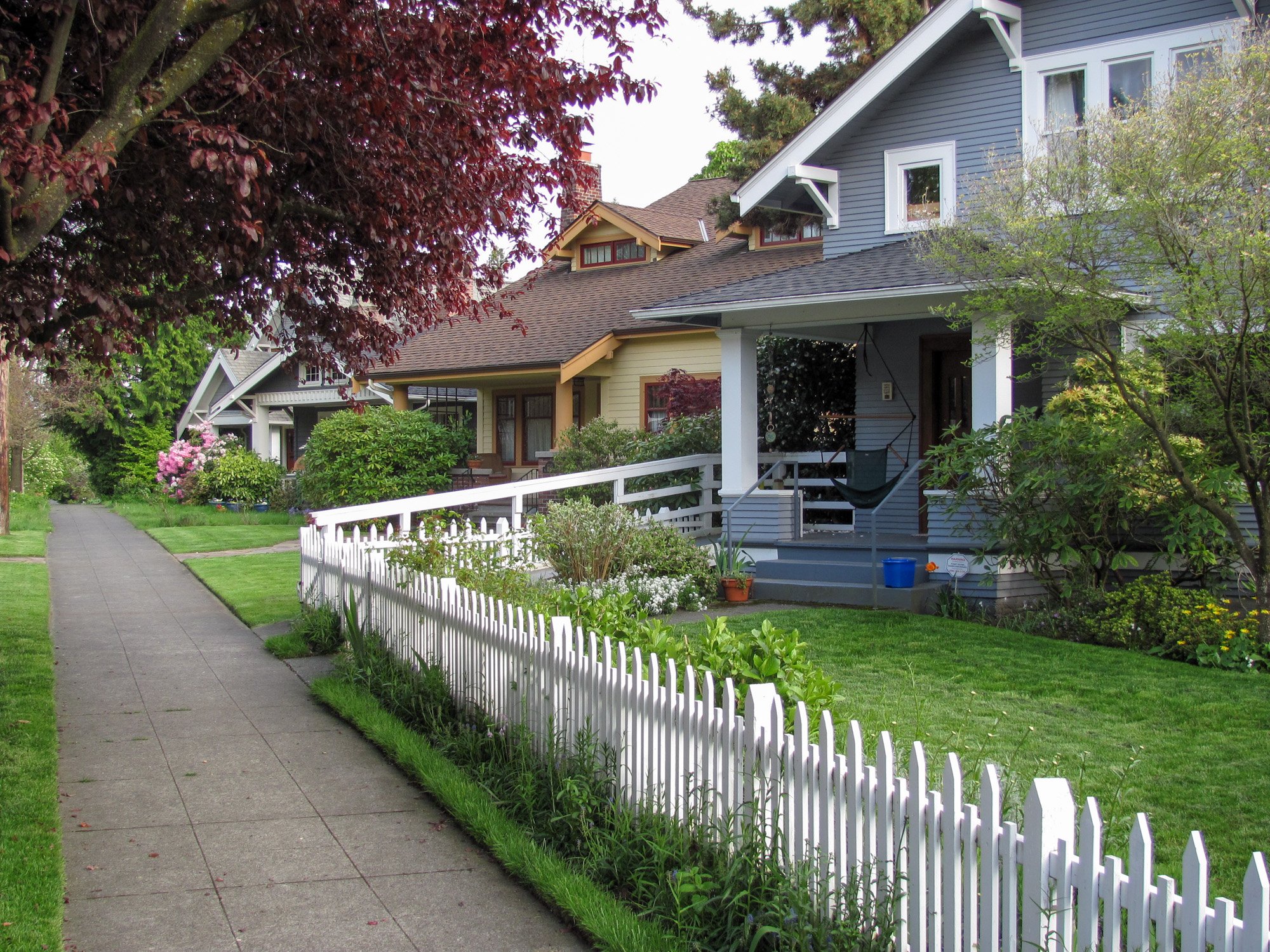 When I interviewed for a vacant seat on the local historic preservation board, no one mentioned a word to me about intrigue, romance, and murder.

I was told that the board met once a month, that its primary job was to protect the city’s best historic buildings, and that I might have to dress up in period clothes for occasional special events. I would serve with a group of 14 other citizens that included lawyers, teachers, architects, and courtly Dexter Davidson, a former state senator. It all sounded very straightforward.

No one warned me I’d also be asked to avenge poor, dead Captain Flagg.

It began when someone named Alice Flagg, a gaunt woman in her late forties, asked to speak to the board. “It’s the house on Tyler Street,” she said. “It makes me so angry I want to spit.”

The house she meant was a frothy confection of fish-scale shingles and spindlework, one of the rare Queen Anne-style homes built in this buttoned-down town. A few years back the home had been placed on the local historic register and marked with round bronze plaque that called it “The Joshua Martin House.”

It wasn’t the house itself that had worked Alice into a passion. It was the name on the marker.

“Joshua Martin,” she declared, “was a two-faced coward and thief.”

Martin, she claimed, had not owned the house. It belonged to a widow named Clara Flagg, the grandma of Alice’s husband, whom Martin courted and married. He moved in after the wedding but Clara Flagg Martin had never added his name to the deed.

“Why should he be remembered in bronze,” Alice demanded indignantly, “when Captain Flagg never got so much as a decent Christian grave?”

At this point some of our members began to squirm in their seats. As a rule our meetings are pretty sedate. We send letters of commendation to folks who’ve restored their historic buildings, form a few new committees to study some subjects further, and adjourn as early as possible. We do not go looking for trouble.

But Alice Flagg looked like trouble, and somehow she had found us.

Before we knew it, Alice whipped out a sheaf of sepia photographs. “This is Captain Ezekiel Flagg, and this is his tugboat, Cheyenne.” She had a leatherbound ship’s log as well, and a look on her face that warned us she was about to drop a bombshell.

She paused to let that sink in.

One day Cheyenne returned to port without Captain Flagg on board. Martin said he’d been lost in a storm when nobody was looking. Then Joshua Martin married Flagg’s widow, moved into her house on Montgomery Street, and took command of the tugboat.

“I’d say he had quite an incentive,” she said, “to throw Captain Flagg to the sharks.”

You could see why the plaque upset her. The Flaggs hadn’t owned the house for years but seeing Martin’s name on the place was salt in an old family wound. Though Joshua Martin was never actually tried for the captain’s murder, Alice didn’t need a jury to tell her what he had done.

“We’ll pay for a new bronze marker,” Alice Flagg assured us. “Just get his name off that house.”

Of course, it wasn’t that easy. While none of us questioned the woman’s sincere belief in her story, we could hardly begin recasting plaques on the basis of family legend. Under the circumstances, there was only one thing to do.

“I move,” said Sibyl MacDonald, the white-haired matriarch of the board, “that we form a new committee to study this subject further.”

“Second,” said Dexter Davidson.  And we all voted “Aye” and went home.

But we couldn’t avoid it forever. Three months later the house on Tyler Street was back in front of us once again—this time in the form of Mrs. Harriet Harrington, who’d owned the Joshua Martin house for more than 20 years.

The place was a wreck when she bought it, rotten with termites and crumbling with damp. Elderly Mrs. Harrington had spent her long retirement nursing it back to health. She’d been as proud as a parent when it earned its historic marker. But now, unnerved by the whiff of scandal surrounding Joshua Martin, Harriet could hardly bear to look at his name on her plaque.

“My old house needs a new name,” she roared. She was, it seemed, slightly deaf. “And I think a good name would be Harrington.”

You couldn’t blame her for trying. But in the interest of historicity, we customarily christen homes after original owners. In this case some further research had turned up an owner named Robert Hoyle, so our decision should have been simple.

But then Dexter Davidson did what Dexter can’t stop himself from doing. He bowed to the lady’s wishes.

“I move,” said Dexter, “that we name this place the Harrington House.”

Perhaps it was the Pandora’s Box of trouble I saw ahead, when all the historic-home owners in town demand their own names on markers. Or maybe I was just jealous. After two years of inhaling plaster dust and scraping layers of wallpaper until my knuckles were bleeding, I wouldn’t have minded a plaque on my own house telling the world what I’d done.

“I don’t like this,” I heard myself saying, acutely aware of Mrs. Harrington seated directly behind me. “It’s going to blow up on us later.”

For a moment the board said nothing.

And then Lisa Tibb, of all people, a woman so timid and quiet that most of us couldn’t remember her name, adjusted her glasses, laid down her pencil and said in a small voice, “She’s right.”

It was an electric moment. The discovery that Lisa Tibb could talk shocked the board back to its senses, and within a few minutes we’d hammered out an acceptable compromise.

The house would officially be known as “The Robert Hoyle House,” but Mrs. Harrington’s work would get a nod in the text of the plaque.

“Thank you for coming,” our chairman said kindly to Harriet Harrington, relieved that this issue was settled.

Mrs. Harrington smiled back blankly. She had not, we discovered later, heard a word we had said.

We were two items further down our agenda, racing toward an early adjournment, when suddenly there was an explosion that rocked us all in our chairs.

“What on earth do you mean by this?” It was Harriet Harrington, trembling with rage. The news had just gotten through. “Why can’t you call it The Harrington House?”

All 14 board members stared at me, as if they’d forgotten the reason. And then, God bless her, Sibyl MacDonald stepped in and smoothed things over.

Before I joined the local board, I thought that historic preservation was strictly about saving buildings. But preservation, it turns out, is all about people, too.

It’s tugboat captains and merry widows and dogged descendants willing to fight to the death for the family name. It’s people like Harriet Harrington, who tackle restoration by inches and measure their progress in years. It’s all the people who somehow find time to show up at monthly meetings—the obliging Dexter Davidsons and the gentle Lisa Tibbs—in order to set aside for the future a little bit of the past.

When we phoned Alice Flagg to tell her we’d voted to cast a new marker, she didn’t exactly turn cartwheels.

“It’s your decision, of course,” she said. “But unless you call it ‘The Flagg House,’ we’re not going to pay for the plaque.”

In the end the board had to pick up the cost, out of our own meager budget, of removing Joshua Martin’s name from the house of his boss’s widow.

If Captain Flagg is resting in peace, I guess it was worth the cost.