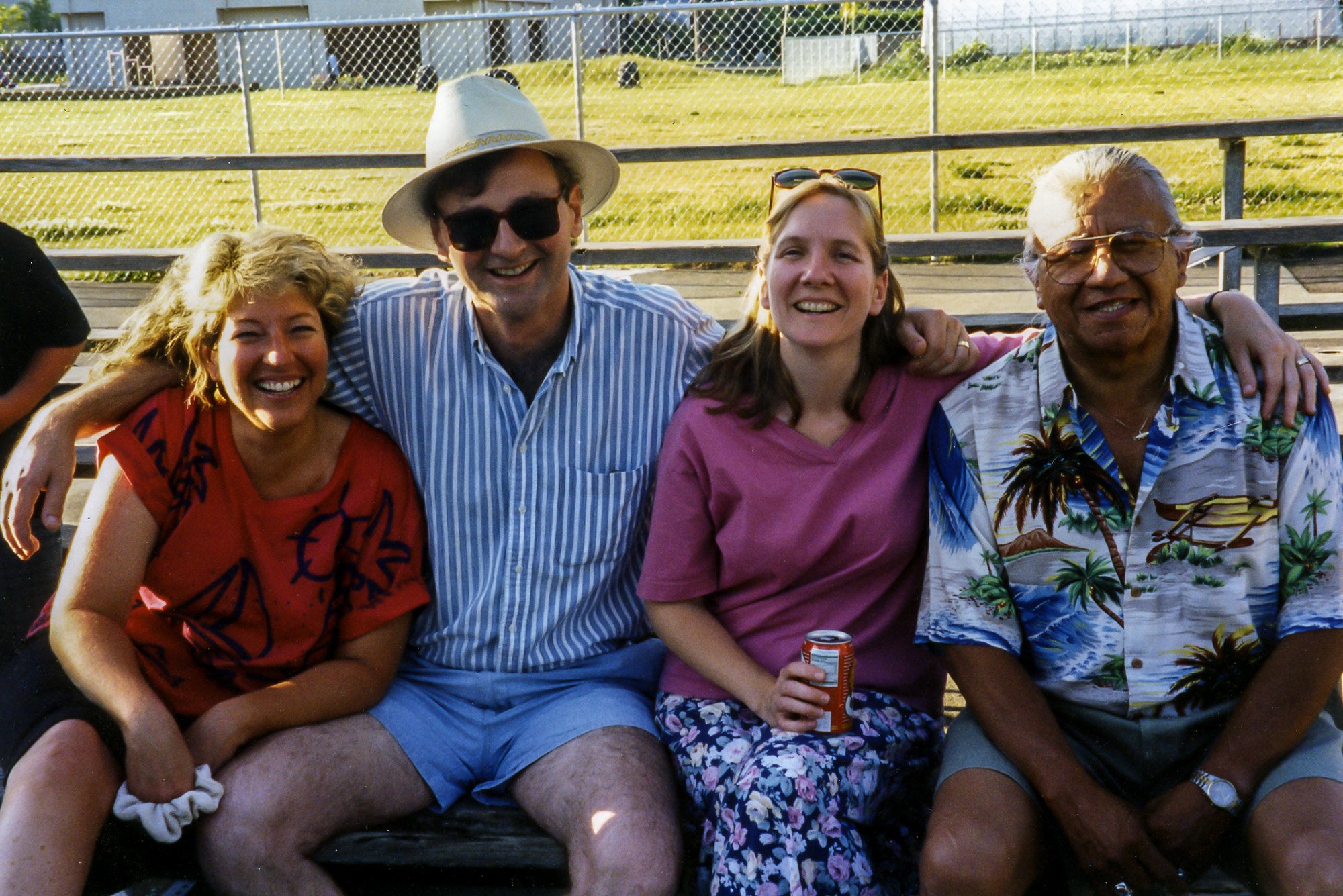 There is delicious irony in the fact of Billy Frank, Jr., lying in state this past weekend literally within a stone’s throw of the first American pioneers to settle on Puget Sound. For five hours on Saturday, friends and admirers of the most famous—and arguably most beloved—American Indian elder in the Pacific Northwest paid their respects not 50 yards from the graves of old pioneer settlers in Tumwater’s Union cemetery. Those pioneers were the vanguard of the huge wave of Oregon Trail emigrants who would soon displace and marginalize the indigenous people of Washington, changing their world forever.

Billy Frank had a colorful way of expressing himself—and not just in the joyful cuss words that peppered his speech like buckshot. “We knew you were coming,” I once heard him say. Outsiders, he meant. Non-Indians. I’m not sure if he was suggesting some kind of actual prophecy or simply saying that Indian people read the signs as they saw them (sailing ships along the coast, Lewis and Clark coming down the trail). But his larger message was clear enough. You didn’t fool us for an instant. We’re not primitive people, easily duped and conquered. We understood you were coming. But—Jesus Christ!—we were here first.

Billy Frank was a rock star. He was powerful, handsome, magnetic, and warm, with a politician’s knack for making each person feel important. Virtually everyone in his orbit—especially liberal white folks like me—hungered for his approval. We wanted that grin, that slap on the back, that “Jesus Christ! How are ya?” We were, if we’re honest, groupies. We brought caramel corn, brownies, and freshly baked bread to his Fourth of July fireworks parties just to see his smile ignite when he tucked into those carbohydrates.

I don’t pretend to know what he meant to American Indian people. But to this particular white girl, born and raised in Puget Sound country, Billy Frank was a diplomat from a nation that sometimes scares me. The history between the United States and sovereign Indian nations is so complicated and ugly that any white American with the slightest grasp of the details is bound to feel uncomfortable in the presence of Native people. (Don’t they hate us? Don’t they have every right to?) The chasm between the two sides is so deep, the cultural perspectives so different, that sometimes it feels as if there’s no common ground at all.

But Billy Frank wasn’t scary—at least, not by the time I knew him. He was proud, determined, and tirelessly devoted to Indian issues, but he was kind and generous, too. His tent was large and there was room for all kinds of people inside it, even a woman whose Northwest roots reached back only a century. I shut up, I watched, I listened, I learned. I brought the homemade caramel corn and Billy Frank brought the stories. I got the best end of that deal.

I knew Billy just well enough that when I decided to write a novel with a sly, funny, big-hearted Indian guy as a central character, I had a hell of a model. It’s a daunting and tricky business to invent a fictional character from a culture you’re not a part of. I’d never have dared to do it if I hadn’t known Billy Frank. It’s fiction. The guy isn’t Billy. But if I could hear him saying the lines, I knew I was walking in truth.

“Is he too much like Billy?” I asked someone who was close as family to Billy. “Nah,” he said, “I don’t think so. That guy could be any Indian.” He paused. “Except, of course, for the swearing. The swearing is pure Billy Frank.”

The swearing, yes. And the bear hugs. Billy didn’t just hug family and friends. He hugged colleagues and co-workers, grandmas and aunties, pow-wow dancers, biologists, kids who’d just won a softball game, and the band that just played “Mustang Sally.” He hugged governors, senators, members of Congress. Stick-up-their-backsides bureaucrats. Billy Frank would have hugged the pope, if they’d ever been introduced, and invited him home for salmon.

Those hugs were his weapon, his currency, the Coyote trick up his shirtsleeve. They rendered opponents helpless. You couldn’t keep fighting the Indian guy once he’d hugged you like that.

All of us wanted that Billy Frank hug—the big, inescapable grizzly embrace that wrapped you up and smothered you like a four-point Hudson’s Bay Blanket. Billy’s hugs felt like a blessing. They also felt like forgiveness. That’s what we wanted most of all.

We knew you were coming, those big hugs said. You’re here now. Let’s take it from there.