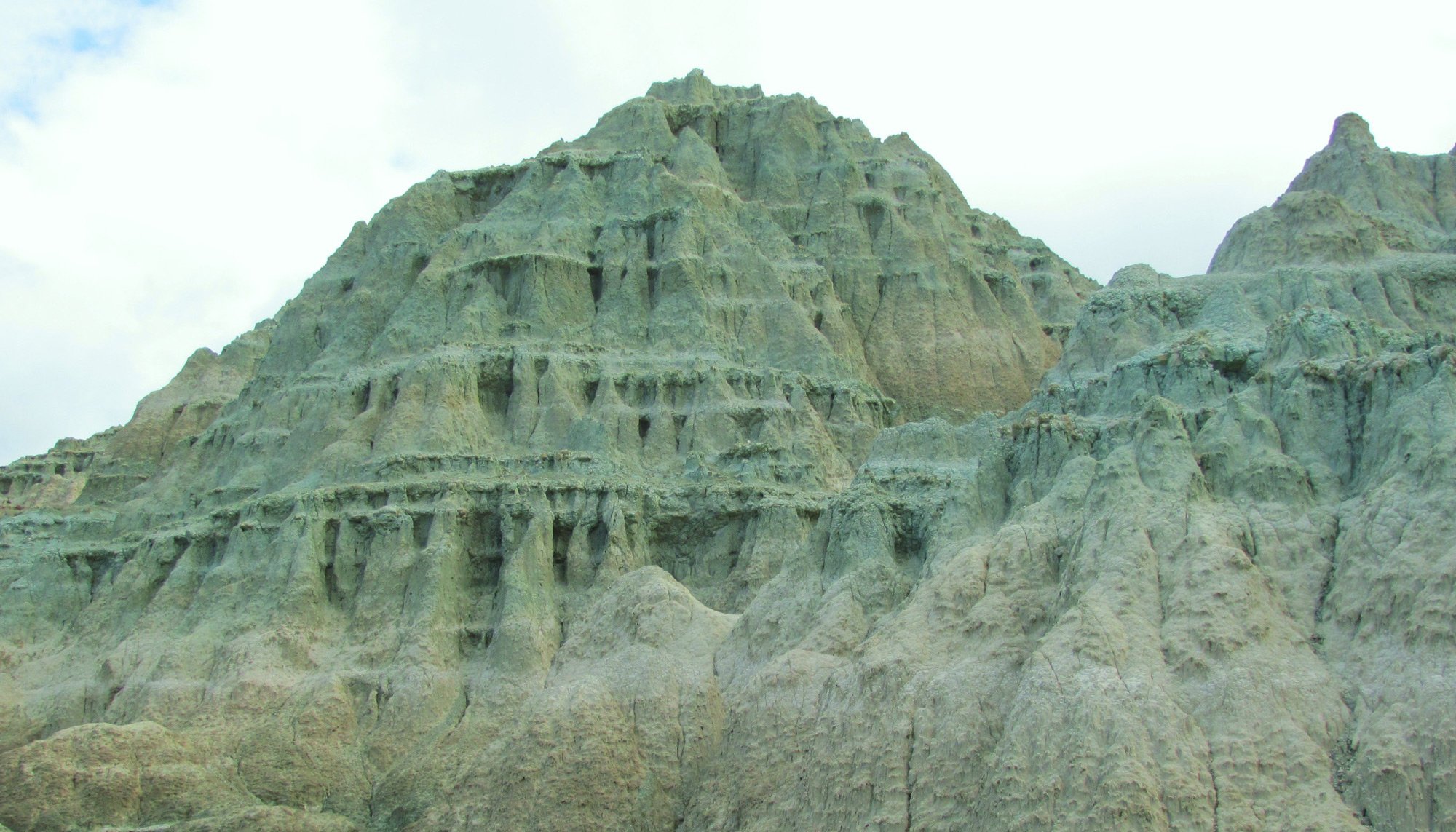 I’m not supposed to admit this, but there was a moment during my visit to the John Day Fossil Beds National Monument—as the trail petered out unexpectedly in an eerie blue landscape of columns and spires, where nothing but scattered tufts of grass and the wide gray morning sky overhead looked even slightly familiar—when I thought, a little uneasily, of the classic cult cowboy/dinosaur film The Valley of Gwangi.

This is not what scientists think of while hiking through 40 million years of fossil-studded geology in the dry lands of eastern Oregon. Presumably they think hard science thoughts like “Cenozoic Era” and “most complete fossil record of life from the Age of Mammals found anywhere in the world.” The Valley of Gwangi is not science. It’s Arthur Conan Doyle’s The Lost World (or an early version of Jurassic Park) set in the sagebrush desert of the North American West. It’s fantasy, not paleontology. Still, in the strange blue universe along the wild John Day River, long-extinct ancient animals felt startlingly close.

Not dinosaurs—there were no dinosaurs here. Oregon was still underwater when dinosaurs roamed the earth. The fossils in this remote region speak of the staggering proliferation of those warm-blooded, live-birthing beings we’ve come to know as mammals.

Saber-toothed beasts (some cat-like, some not). Early rhinos and horses. A creature with a head like a beaver and a body like a long-legged deer, gone from the face of the planet now—but only after hanging on for 30 million years. Humans, by comparison, have 28 million years to go to reach that same mark of success.

It’s almost impossible not to feel fleeting and insignificant against a huge statistic like that. Our history is a mere a blip on the screen compared to that of most species preserved in the clay and rocks at John Day.

On the other hand, ancient animals didn’t ponder their own existence. Unlike homo sapiens, the saber-tooths and the beaver-heads didn’t spend a lot of time brooding about the fact they would one day be gone.

But if humans are the only creatures aware of their own mortality, we are also the only species aware of the passing of ages. Surely that obliges us to sit up and pay attention, to understand where we came from and where we are likely headed. To remember, make note of, and learn what we can what we can from the short course of human history, however puny that span may seem in geological terms.

It’s not all rhino and bear-dog bones at the John Day Fossil Beds Monument. In the river basin below Sheep Rock stands an old ranch house and a weathered barn, green fields and an aging orchard. The historic Cant Ranch—now used as park headquarters—stands virtually in the shadow of mysterious rust-colored pictographs left by American Indian people before the sheep ranchers came. Cultural fossils, both of them, with real human stories to tell.

Indians, sheep ranchers, park rangers, tourists—visitors, all of us, just passing through. We’re the thin recent layer, the dust at the top, the strange upright beasts with the brains and the need to make sense of the world around us.

By golly, at least we should try.