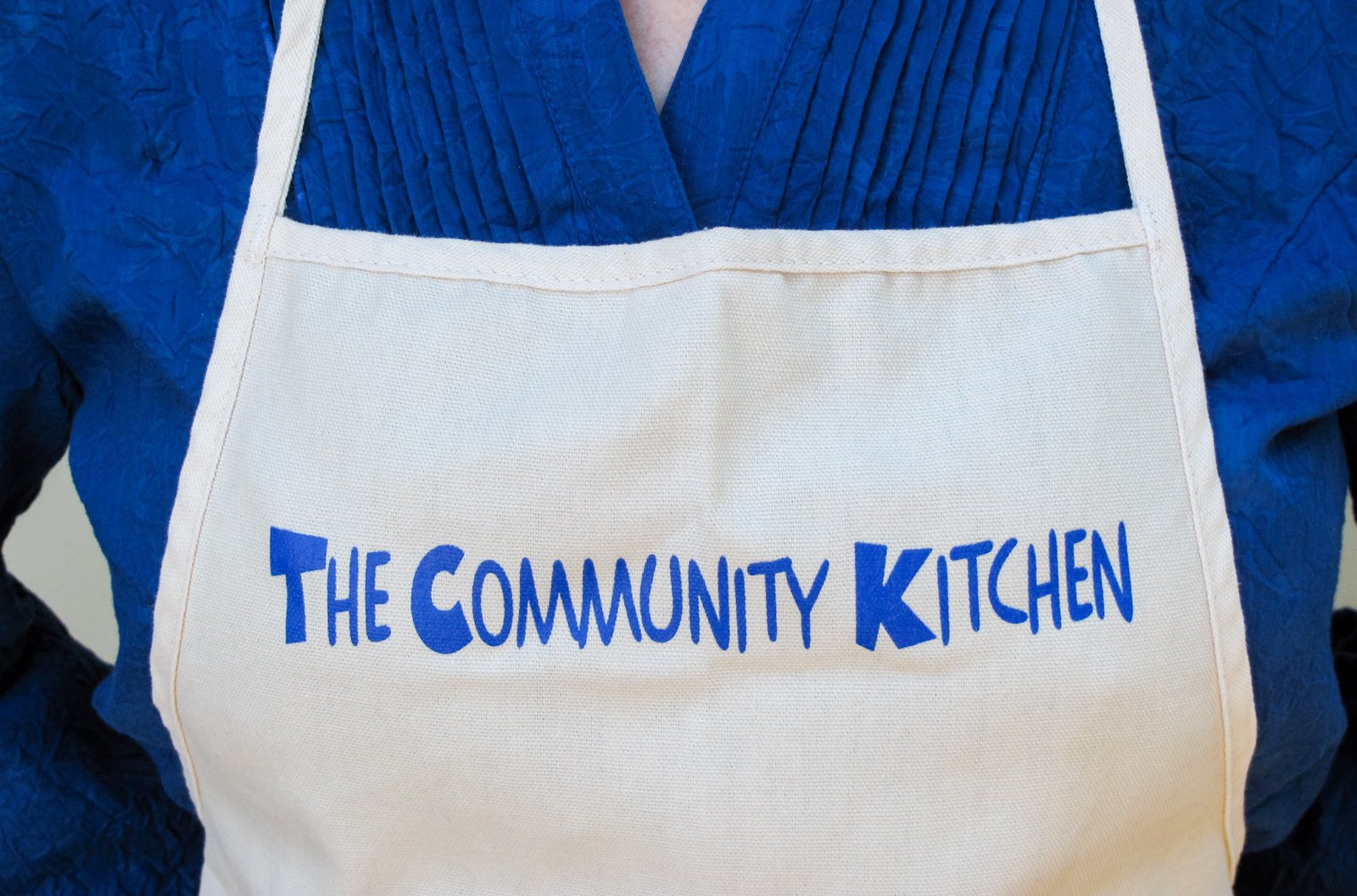 Originally published in The Seattle Times and The East Bay Monthly

There’s nothing especially noble about preparing meals for the homeless.

There’s virtue in the impulse, of course, in the wanting to help where you’re needed. There’s a fleeting moment of saintliness when you pick up the phone and place a call to your local charity kitchen, explaining that you’re a decent cook who’s willing to lend a hand.

After that, it’s just cooking. For 150 dinner guests, in the span of less than three hours—without knowing what’s in the pantry before you walk through the door.

The first time I volunteered as a cook for what is now the Community Kitchen, a feeding program and shelter in my small town south of Seattle, I cobbled a meal for 20 out of tinned fish and baked potatoes.

That was 17 years ago, when dinners were served from a private house with card tables in the garage. When the program moved to a new space downtown, too large for one to person to handle, the staff paired me up, delightfully, with a cooking partner named Dottie.

Dottie is utterly fearless, at least when it comes to cooking. Thirty-eight mutant homegrown pattypan squash in the fridge?

Twenty-three pounds of blackened bananas taking up space in the storeroom?

“Fire up the oven,” she tells me. “You’re making banana cake.”

We’ve cooked in three different kitchens and run through hundreds of helpers in the time we’ve been working together. Somehow we still show up once a month to empty the cupboards, pick through the produce and hope that a meal materializes before six o’clock rolls around.

“God will provide,” Dot likes to say. But it doesn’t hurt that she and I are scheduled to cook on a Monday, when we catch the wave of donations brought in after weekend events.

A tray of crudités left from a wedding can shave half an hour off the time it takes to wash and chop things for salad. A plate of posh finger sandwiches—cucumbers, cream cheese, tomatoes, and cress—will work as an alternate entrée for diners who don’t eat meat.

Stale cookies and brick-like tea loaves, though, go straight into the dustbin. We’re not about to serve anything we wouldn’t eat ourselves.

Between the kitchen’s minimal budget and fact that the space is used each day by a different set of cooks, we can’t always count on finding even the most basic staples on hand.

Rarely do we have butter. Sometimes there is no flour. Once someone left us five pounds of salt in the canister clearly marked “sugar”—an error we didn’t discover until dessert was well underway.

But there is always bread. Boxcars and sled-loads of bread. It’s one of the things that grocers and bakeries find especially easy to donate, and almost all of them do. It may not be fresh but it’s plentiful, and part of our job is to use it up in whatever way we can.

“Meatloaf,” said Dottie decisively some five or six years ago, and (except, perhaps, for a Monday or two in the sweltering months of the summer) we’ve been crumbling donated bread into massive meatloaves ever since. We are feeding twice the number now as when she first hatched the notion. Dottie, bless her, foots the bill for 40 pounds of ground beef.

I suggested bread pudding. “Sounds good,” said Dottie. “It’s yours.” Old French loaves, hard as cricket bats, are excellent for the purpose, though raisin-nut bread is a bonus if some happens to come along.

I’ve made bread pudding with goat milk from the natural food cooperative, with flats of donated blueberries that wouldn’t fit in the freezer, with free-range eggs whose brilliant yolks turned the whole works marigold yellow. It’s a huge hit in every incarnation, puffy and warm from the oven, though the batch made with three quarts of donated cream was deemed to be extra good.

If finding enough food is challenging, finding enough help is worse. Few people we know are free to assist on a Monday afternoon. Aside from Dottie’s husband, who rarely misses a session, we are left at the mercy of teenage offenders performing community service and high school students who can’t graduate without doing volunteer work.

They’re kids who have never set foot in a kitchen except to make microwave popcorn, who look at me blankly when told to run and get a whisk for the eggs. “Do I peel this?” they ask uncertainly, holding an avocado. One of them blithely added soy sauce to my bread pudding, thinking it was vanilla and never sniffing it first.

Occasionally our dinner guests offer to help in the kitchen, wanting to make a contribution in exchange for a free meal. We are happy to have them. Guys who have served in the army can peel potatoes like blazes and most of the rest have washed pots and pans in diners along the way.  On a day when we desperately needed help cleaning two dozen half-thawed salmon, a pair of unemployed fishermen rolled up their sleeves and pitched in.

Sometimes they tell their stories while we’re chopping onions together. There was Eddie, who’d ridden a Greyhound bus clear across the country to make sure his drug-addicted friend checked into treatment on time. Now, having finished his mission, he was stranded out west without any money or any way to get home.

There was hapless Lorna from Texas, a woman who fled to a different town whenever her life came unraveled, whose vision of bliss was “to bake my own cookies in my own kitchen again.”

An edgy young man known as Jason, who was probably 30 but looked 45, helped in the kitchen daily for months before giving in to his demons and drifting away in a haze. Though I still see him out on the street sometimes, he no longer knows who I am.

We can’t put their lives back together. The only miracles we can work are the loaves and fishes kind. What we can do is fill their empty plates with meatloaf and homey bread pudding, offering comfort food in a world where comfort is in short supply.

We may never earn any Michelin stars but our customers go away happy. And no five-star chef can receive higher praise at the end of a busy evening than empty pans in the kitchen, plates scraped clean on the tables and not a crumb left behind.